CBSE Board Exams 2021 Cancelled  : Class 10 board exams have been cancelled and Class 12 exams have been deferred because of a nationwide Covid surge that had led to demands by parents, students, politicians and various states for a government rethink. The big announcement affecting over 35 lakh students followed Prime Minister Narendra Modi’s meeting this afternoon with the Education Minister and top officers.

The CBSE (Central Board of Secondary Education) exams for Class 12, which were to be held from May 4 to June 14, have been postponed, said Education Minister Ramesh Pokhriyal Nishank in tweets. A decision will be taken on fresh dates on June 1, he said, adding that students will have at least 15 days’ notice before the exams.

On the Class 10 exams that were cancelled, the minister said the results would be prepared “on the basis of an objective criterion to be developed by the Board” and students not satisfied with their marks would be given the chance to take the exams whenever they can be held.

For schools under the ICSE (Indian Certificate of Secondary Education) board, a decision is yet to be announced.

Around 21.5 lakh students were to take the Class 10 exams and some 14 lakh students are registered for Class 12, according to the CBSE. 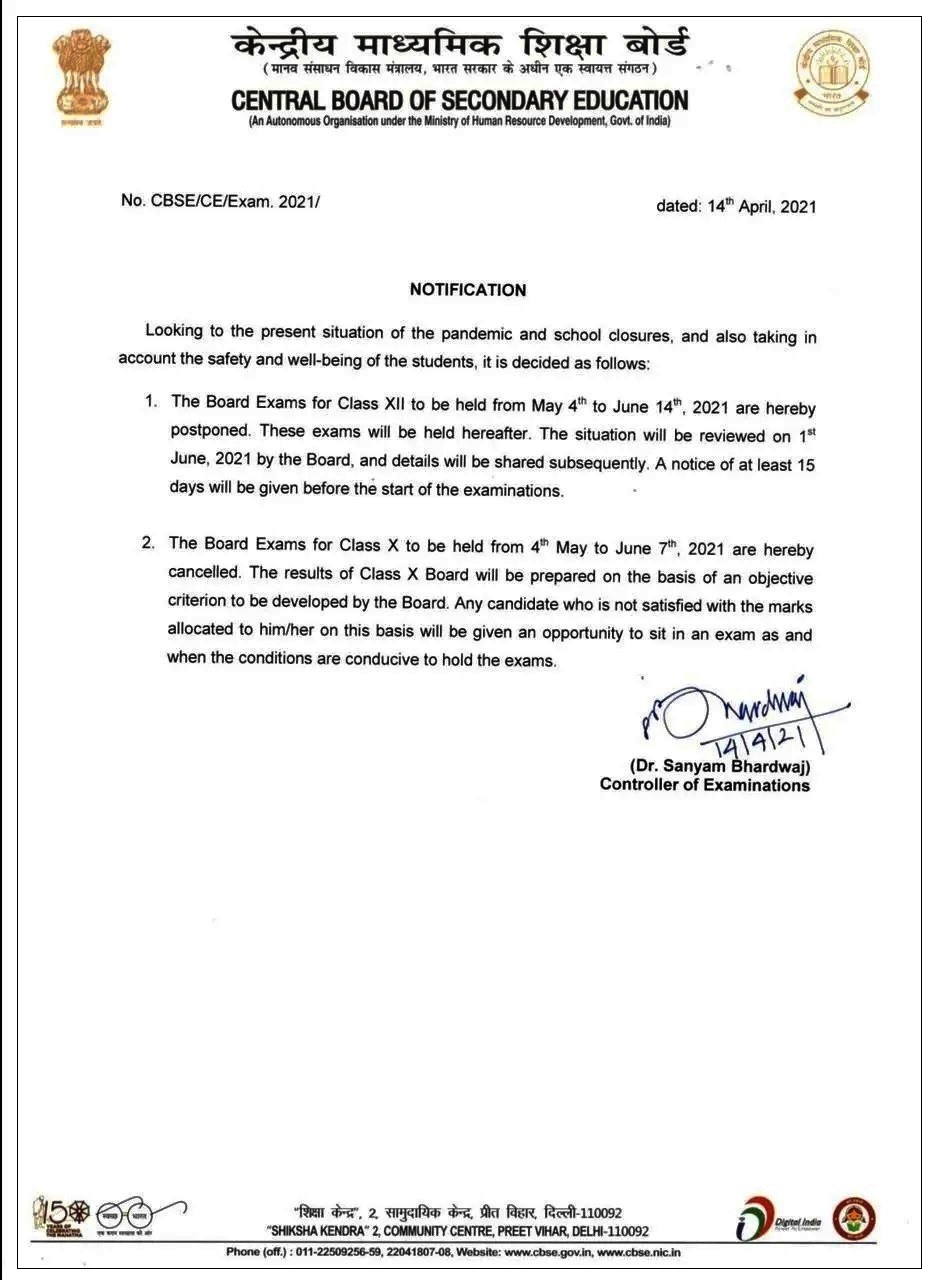 Hi Everyone. This is the Admin of this site

You Can Search Here

Thank you for subscribing.

we respect your privacy and take protecting it seriously